I am back online. I’ve finished fixing the images in the store, and got a lot of the more recent blog enties (though I still have ten years more worth to go).

The timing for the server going down couldn’t have been worse – as during those 4 days, I not only got featured by Internet Jesus, Warren Ellis, but I finally got one of the Daily Deviation thingers on Deviant Art – sending anyone who searched for me by name or tried clicking my homepage link to a dead page.

… I hate to even think of the dead page casualty count there… 1200 faves on that image in one day, says that number would be approximately …”a lot”.

Today, Browsing Warren Ellis’ blog, I found my good friend, Eric Adams: Moon Zombies
and also my fiancee Bethalynne Bajema: Cthulhu Maestro. It seems like the internet gods are smiling upon our little cluster of artists this week.

In other news, I’ve added three new artworks to my stock – prints of two new engravings (here and here) and prints of one new painting (here). I’ve also made a single page about prints, print quality, and print types (here). The new painting, as all my paintings from this series, was sold before the last brush stroke was done – if you are interested in either of the two engravings they are currently listed on Etsy (here). 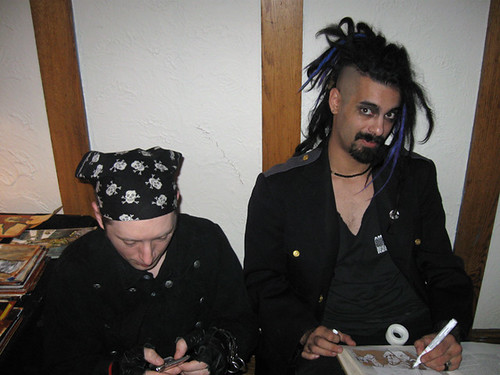