The Spookshow’s “PsychoSexual Chapter I”, released in 2005 by Wolverine Records, was the first of what will soon be three chapters in their Psychosexual series, with the third being released in May of 2008.

I was lucky enough to download the entire CD (with permission from Miss Behave) during my not-short-enough Punk-rock bartending and Goth club Promoting and DJing stints in Cincinnati, and this CD instantly became one of my favorite finds of the year.

With fast, fun, and darkly humorous horror-punk hymns such as “a Bloody Knife on Your Bloody Body” and “I sold your Soul to the Devil”,   amusive anthems such as “Ghoul’s Night”,  and freaky fifties-styled gothabilly tunes such as “Tonight’s the Night”, Psychosexual Chapter I is perfect for even the bloodiest of bloody sock hops.

The melodically morbid murder ballad “I Can Kill You in a Heartbeat”, sweet enough to give most any corpse cavities, rounds it all out, making this album is definitely my pick for the coming Halloween Season.

There is no word of an American tour from this Swedish band, but they do now have a deal with German/American booking agency “Roadshock”. For those of you in Europe (I seriously envy you BTW) the Spookshow are currently playing gigs in Sweden and Germany until 2008 when the European Tour is set to begin.

You can check their site for dates and venues. 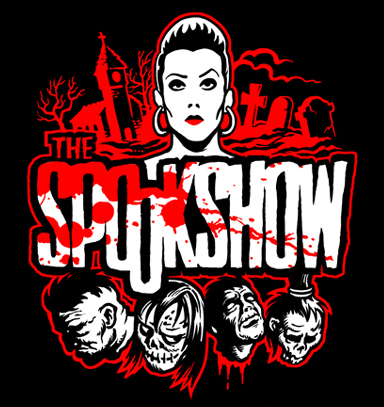