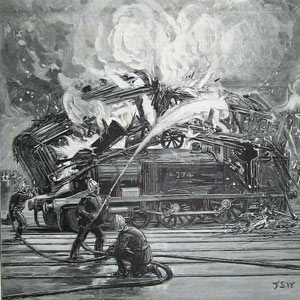 You’ll notice there are still broken images for the older articles, something I’ll remedy gradually, but other than that everything is pretty much back to somewhat normal.

The store has its images again, as does the gallery, and the name and mission generators are working again (though the font is slightly off).

The free E-cards section is down for a little while longer, as it was the result of a *lot* of custom programming tying three separate plugins together. I also lost a few of the free desktop wallpapers and a whole page of the free Iphone desktop wallpapers for the time being (you can still find those at my flickr account though).

What Happened: The entire server went down May 14th, and all files and file structure were irretrievable. The backups got toasted when a second failure happened mid-backup, or so I am told.

The web host has been very helpful in getting things back on track, but my own last backups were old, and their were fried.

After 10 years with the same host, I took for granted that the host had that all covered… a bad move. Thankfully they managed to keep the MySQL data intact, so re-installing the site and its plugins without losing old entries and data was possible, though tricky.